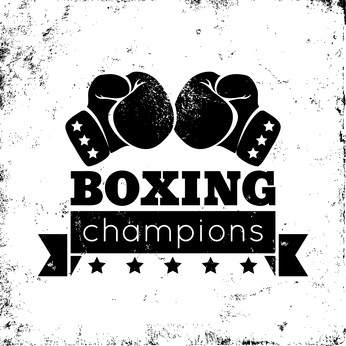 Boxing is an amazing and multi-dimensional sport. It benefits humans in many ways, and is renowned for helping people to effectively turn their lives around. Below are some of many motivational boxing stories which will highlight the true beauty of the sport, and maybe even encourage you to try it for yourself. As clichéd as these stories may seem, they are all genuine and inspiring.

Whilst the name Antoine Douglas might not be familiar to everyone, his story is like many others we have heard countless times before. Douglas was born in Washington D. C. to a mother with a terrible drug addiction, and at the age of three he was taken in by the Department of Child Services. He moved around and was adopted by several different family members, who all failed to show him the love, protection and affection he needed. In fact, Douglas was neglected and often abused, until he found his real home - in the ring. He was accepted and welcomed into the first boxing gym he joined, and was finally given the care he deserved. His coaches and sparring partners were like family to him, and boxing allowed him to climb out from the hole he was in and start a good, happy life. Today, Douglas is a talented professional, and still very young at 23 years of age. Despite losing his last fight, he remains a hot prospect in the middleweight division, with a very moving story to his name.

George Foreman’s history is known by all boxing fans, and he has motivated boxers all over the world in two significant ways. Firstly, he epitomized that hard work beats everything else. Foreman was renowned for working himself into the ground when training. His pre-fight camps were referred to as “the torture chambers”. Foreman would run until he was physically exhausted or sick, relentlessly dig holes in the ground to build up his strength, run with a car tied to him, and of course spent innumerable hours in the gym. Evidently this all paid off, as Foreman endured a total of 81 fights in his career. Secondly, aged 45, Foreman revealed to the world that age is just a number, as he defeated Michael Moorer (who was 19 years his junior) to become the Heavyweight Champion of the world. Therefore, if you are a similar age or even much older, don’t feel as though you must shy away from boxing; it really is a sport for people of all ages.

Argentine Sergio Martinez proved that it’s never too late to start boxing, especially if you have aspirations to go as far as the professional game. Remarkably, Martinez first stepped foot in a gym at the age of 20, and a mere two years later, he turned professional. He went on to rule the middleweight division, holding the title of middleweight lineal champion for 50 months. During his career, Martinez was voted as the third best pound for pound boxer in the world, behind Floyd Mayweather and Manny Pacquiao.

Nicola Adams is today somewhat of a national hero in Great Britain after winning a gold medal in the 2012 London Olympics. What makes this even more extraordinary is the obstacles she overcame to achieve this great milestone. Being a woman in a male-dominated sport was challenging for Adams, who faced sexism on a daily basis, but she persevered and eventually achieved her dream. Furthermore, Adams struggled to finance her boxing and reportedly used the same tracksuit every day for four years when training for the Olympics. Nowadays, Adams has a host of sponsors who are proud to see her represent their brand, and she is also an icon for LGBT rights after she revealed that she is bisexual. This links to another inspirational boxer, Orlando Cruz who came out as the first openly gay male boxer four years ago. This was a brave move by someone involved in such a masculine and macho sport as boxing, but like Adams, Cruz was determined to show his true self, proving that boxers don’t have to fit the big, tough stereotype that many people associate the sport with.

Finally, the story of James “Buster” Douglas is now boxing folklore, and he arguably caused the greatest boxing upset of all time. Douglas was more than an underdog for this fight - he was written off before even stepping into the ring. His opponent, was the undisputed heavyweight champion of the world (and the seemingly unbeatable) Mike Tyson. Only one bookmaker even allowed bets to be made on Douglas to win the fight, as it was seen as impossible that Tyson would lose. Douglas already had the world against him, and to compound matters, his mother passed away just days before the fight. “Buster” was still willing to fight, and no doubt this is a decision he has never regretted. In the tenth round, the unthinkable happened, as Douglas stunned the universe by putting Tyson on the canvas. The referee stopped the fight, and Douglas went on to credit the victory to his mother. As this tells us, nobody can ever be ignored in boxing, as all it takes is a punch or a second to change everything.

Clearly boxing is a sport for people of all genders, ages, sexualities, and so on. These individuals have turned their lives around in the ring, and now each and everyone of them motivate us and stand as evidence of what can be achieved. Whatever your story is, boxing will accept you, and hopefully better you too.