The Southpaw Style of Boxing

Southpaw is the name for the most common stance used by left-handed boxers. Boxers who use this stance have their right hand and right foot farther forward than their left hand and left foot. They will typically jab with their right hand, and then follow a jab up with a left-cross, right-hook. While most often used by left-handed boxers to make the most use of their usually stronger and more controlled dominant hand, some right-handed boxers also use this stance, for its tactical advantages.

Because most people are right-handed and therefore use the right-handed version of the southpaw stance (called the orthodox stance, which is just a mirror image of a southpaw, with the left hand and foot farther forward, and the left hand jabbing, followed by right-handed cross hooks), it can be confusing for right handed boxers when their opponent uses southpaw.

Its atypical nature can give even the fastest, most tactically apt orthodox boxers pause. It is more difficult to anticipate from where the punches are going to come, and because the fighter’s muscle memory for blocking and attacking will be opposite of what it needs to be, the learning curve in the right will sometimes be too steep for fighters who are up against southpaw boxers.

Southpaw boxers are usually more versatile, as they learn both orthodox and southpaw stances and can use both to their advantage. A very skilled boxer will be able to switch back and forth throughout a bout, first making use of southpaw to throw their opponent off of center, and then switching back to orthodox for a series of unexpected punches. A right-handed boxer, for example, can make great use out of southpaw stance if they have a great left cross. The jabs with the dominant hand, followed up by the left- cross are a great combination for knocking an opponent out. There are some left-handed boxers that make use of the orthodox stance for the same exact advantage. 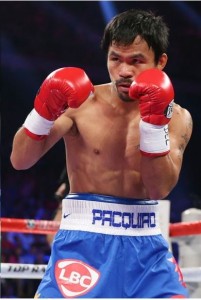